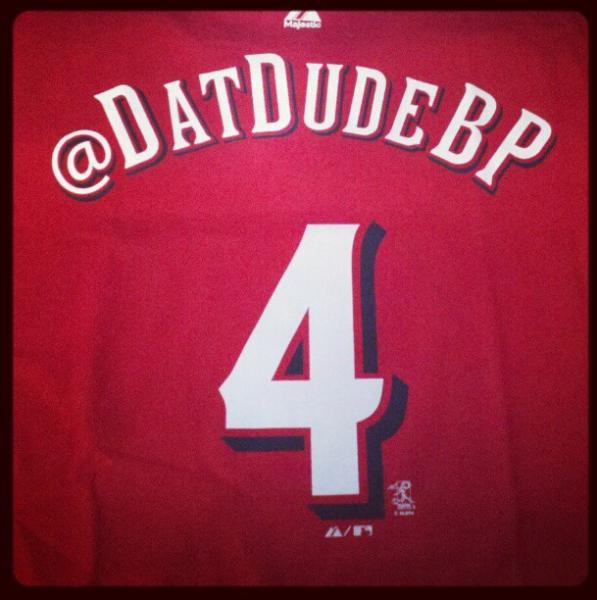 This past weekend, I received the good news that I was chosen to be a writer for Brandon Phillips, the second basemen for the Cincinnati Reds. In celebration, I thought I would post the sample piece I submitted with my application. 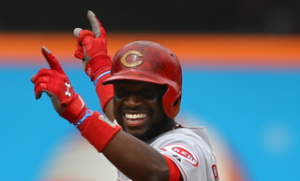 We know him for his ability to play second base, but on and off the field, Brandon Phillips is known for his charisma. Glimpses of his personality can be seen at the ballpark and through the TV, but it’s also quite evident through social media. @DatDudeBP ‘s personalized posts have made him a fan favorite to follow on Twitter. To keep up with all of his tweets, we’ve created a list of hash tags BP himself has coined. 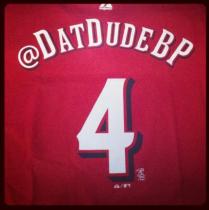 Adding a little baseball flair to his twitter lingo, BP uses “I’m Glovin it” to show his love for what’s been shared. The Reds won? #ImGlovinIt. A Fan snagged a photo with BP? #ImGlovinIt.  BP ties the game with a homer and proceeds with an impressive play? You’ve got it! #ImGlovinIt!

If It’s a positive post and deals with BP, the Reds, or Reds Fans, throw some glove love in there!  #ImGlovinIt

When BP uses #RealTalk, he isn’t messing around. This hashtag verifies that Phillips feels strongly about what he’s tweeted out. #RealTalk is a way to put all joking aside and let the people know he’s being serious. Recently, BP used this hashtag when tweeting, “All u can do is try again tomorrow!”

If you truly mean it, use #RealTalk.

Driven, hard-working, and striving to reach goals, BP wants his fans to do the same. #StayHungryMyFriends is a little reminder to stay motivated to reach for success.  You’ll see Phillips use this hashtag when staying positive about future games even after a loss. Stay hungry for those wins, my friends.

If you’re feeling motivated and want to share the positive vibes, use #StayHungryMyFriends

Phillips likes to keep his fans updated and in the know. He’ll use this hashtag when tweeting about things to come.  You may spot #OnDeck in a tweet about the Reds playing a series versus the Cardinals at home or when he has a spot on TV or an Interview in a magazine soon to release. BP also uses #OnDeck to share that he is pumped, prepared, and ready to play a game.

If you’ve got news to share or you’re ready to take on a task, use #OnDeck

Phillips’ hashtagging doesn’t end there. To keep up to date with everything @DatdudeBP, follow his other hashtags:  #BEPNews  and #BPShoutout.

Now, you can keep up and join in on Twitter conversations with Brandon Phillips. Which of his hashtags do you think you’ll find yourself using?